‘Angels Bright Watch Over You Tonight’ by David Spiller is one of two silkscreens of 35 colours, printed on Somerset Satin 410gsm paper with hand torn edges, in limited editions of 95, embossed by the estate with full COA.

Micky and Minnie are the first two in a group of ten works specifically imagined by David for the medium of print creating extremely unique editions.Throughout his career David always worked on smaller more accessible paintings as a way to move through ideas quickly and at this point in his life he felt the urgency to create while he still could.

David liked the burst of energy he could encapsulate into these proportions and that the image was more intimate enticing the viewer in to look closely at the work to read the important messages within the messages of love. In these works, he was not confined to the image threshold and it allowed him to let the text spill over the edges onto the white paper to make his messages stand out returning to an idea he used previously in his practice.

He liked the idea of making family groups and conversations between the characters. This set of his editions (in this format) allowed him to realise this overall vision.The dimensions of this series of works mean that they can be grouped together as an installation of images in many various combinations a way he’d always like to see his work displayed.

Each print is signed by his Moira and son Xavier and comes with a full certificate of authenticity. 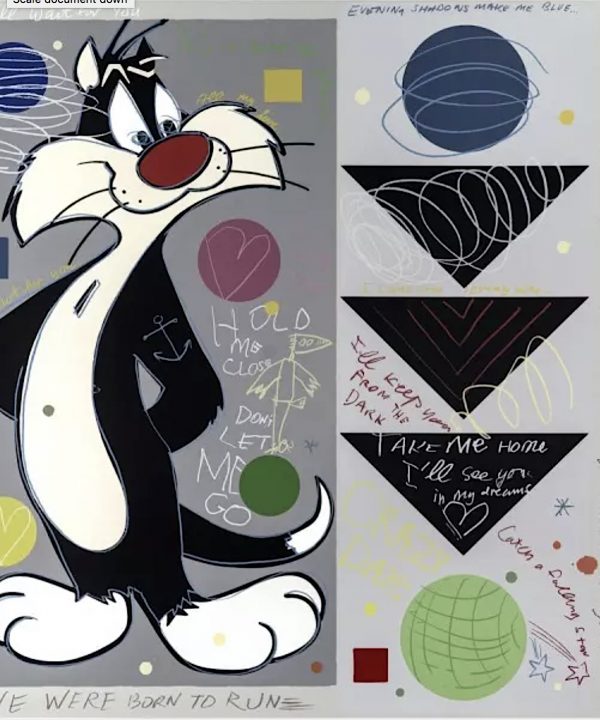